The Evolution of the Abaya

Abaya originates from an Arabic word that means “curtain.” It is a garment for Muslim women and is often considered the Islamic version of a dress.

Abaya is a traditional dress for Muslim women. They are typically black and worn over hijab and other clothing. In Saudi Arabia, an abaya is a law to wear. There is a specific design for Saudi Arabia, but many countries have their plan.

What is Abaya Style?

How the Turkish Abaya Defines the Muslim Woman

The Turkish abaya is a garment that resembles a robe, typically worn by Muslim women in the Middle East and North Africa. It is often worn over a woman’s clothes but can also be pulled up to cover the head. It is often used to provide coverage of the body in situations where Muslim women are close to people of the opposite sex. It is also designed to shield the woman’s body from the eyes of men who are not members of her family.

The Arabic Abaya in Turkish Culture

A Turkish abaya style is a form of Islamic dress that is said to have originated in the Ottoman Empire. They are often made from the finest fabrics, such as silk and cotton. They are available in various colors and typically fit loosely around the body.

Turks and Abayas: The Rise of the Veil in Turkey

Turkey has been experiencing a recent “abaya trend,” with many Turkish designers developing their version of traditional Muslim clothing.

A Turkish abaya is a Muslim woman’s outer garment that covers the body from head to toe. The traditional abaya comes in various fabrics, such as cotton, polyester, and satin, and is often adorned with gold, silver, or embroidery. Muslim women wear the abaya as part of their religion and usually cover their hair with a headscarf.

The Turkish abaya fashion industry is increasing. The country has a strong economy and produces a large number of abayas, which are often exported to Western countries. 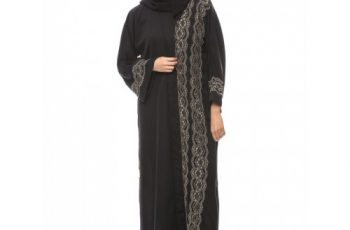 Today we are discussing the actual difference between hijab and …