Islam states that all adult males and females should be covered in public. This is to prevent temptation and show respect to other people. Muslims use different types of head coverings. Some use a headscarf called the hijab (حجاب), and some wear a headscarf called the niqab. Both types of head coverings can be worn by women at all times during prayer, in public, and in private.

A hijab is a veil worn by a woman to cover her hair while in front of non-mahram men (men other than her husband/parent/brother) in Islam. It covers the hair and neck but no face, which is why it is sometimes called the niqab.

In the Quran, ALLAH calls men to take care of their appearance and to ensure that their bodies are modest as well as their speech. The Quran also instructs women to cover their bodies and not to wear revealing outfits. This was the first time that ALLAH mentioned doing this for both women and men.

American Hijab trends provide you with the latest fashion updates and trends in Islamic clothing. It includes abayas, hijabs, khimars, and jilbabs.

In the USA, Muslim women are confronted with two major challenges:

a) finding stylish yet modest clothing and

b) explaining to people that not all Muslims are terrorists. Now you can solve both problems easily.

Being fashionable is important to a large group of Muslim women for various reasons. From modesty to protection from the sun or even just showing off an accessory, it all counts sometimes. Check out this US latest hijab style; it will help define the look you are going for.

The Hijab concepts in the USA

In the USA, Many women decide they want to wear a hijab because it empowers them and helps to further their religion. Wearing one is a decision made willingly by women all over the world; it doesn’t mean they’re forced or pressured into doing so. While most people are respectful when it comes down to hijab, there’s always room for improvement with the behavior of people who happen to be ignorant in this regard.

Many Muslim people dress modestly as an expression of their faith and culture. According to this strict interpretation, a Muslim woman is expected to cover her head, though what the covering entails can differ depending on the individual or even the exact sect a woman identifies with. Whereas some women wear a hijab or headscarf, others may don a niqab or face veil. The same goes for men – some men choose to wear long sleeve shirts as well as pants in order to remain appropriately covered up and still be fashionable at the same time.

The American hijab industry has played a huge role in bringing modesty fashions into the mainstream, which is why many non-Muslim women have taken note of modest fashion trends too. And because these new styles are so popular and trendy, they don’t necessarily feel like they’re being forced into it by society’s standards. 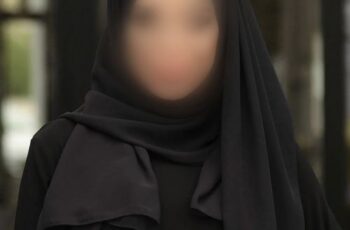 The black hijab style is the latest trend in women’s fashion, … 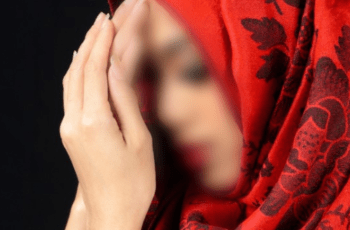